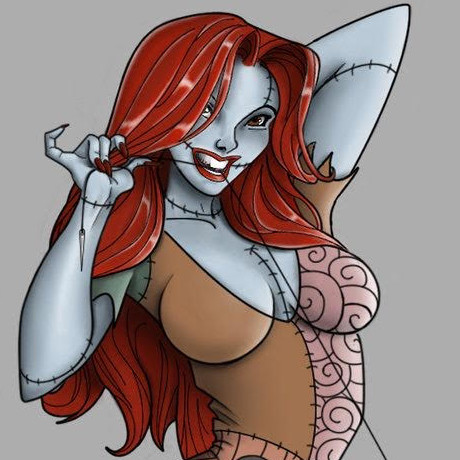 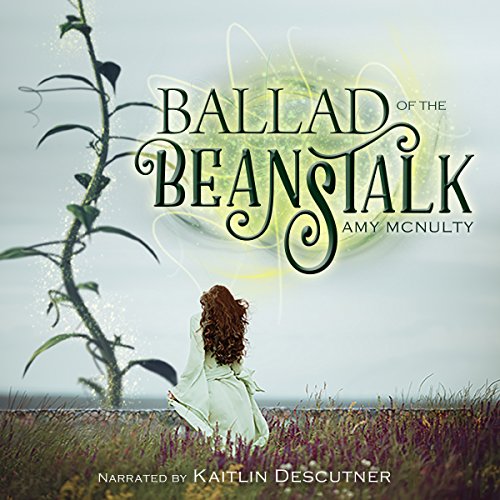 Ballad of the Beanstalk “Ballad of the Beanstalk by Amy McNult, narrated by Kaitlin Descutner I received a complimentary copy and am voluntarily leaving a review. Sweet Clarion is sixteen and lives an arduous life with her mother, struggling to make ends meet after her father's death. Her mother sells whatever they have for a little coin, even the last of their pigs, but when Clarion learns that her mother sold her precious silver harp, she feels her world is slipping away. Clarion turns to her friends for comfort, especially her first love, Elena, but her emotions for Elena wane when she meets Mack, the son of a Lord who accepts Clarion for the individual she is. When Mack disappears, Clarion is the last to see him alive. Everyone blames her as her only excuse is that he climbed a beanstalk and never returned. Can Clarion convince the townspeople that the beanstalk really existed? Can she successfully find Mack alive and well? Ballad of the Beanstalk is an original prequel to the well-loved tale of Jack and the Beanstalk and brings the harp to the forefront. I listened to the audio version and Kaitlin Descutner’s tone fits the story perfectly. I had a little difficulty getting into it at first, but it quickly dropped into place and the story flowed at a smooth pace. Amy McNult’s characters are well-described; I especially had an aversion to Clarion’s mother, whom I felt had little sentimental time for her daughter. I sympathised with Clarion, who missed her father terribly. This story is appropriate for readers or listeners who enjoy fairytales with a twist. It is a little unconventional, bringing raw emotions and revealing the harsh realities of life. I also recommend it to people who don’t always need a HEA” 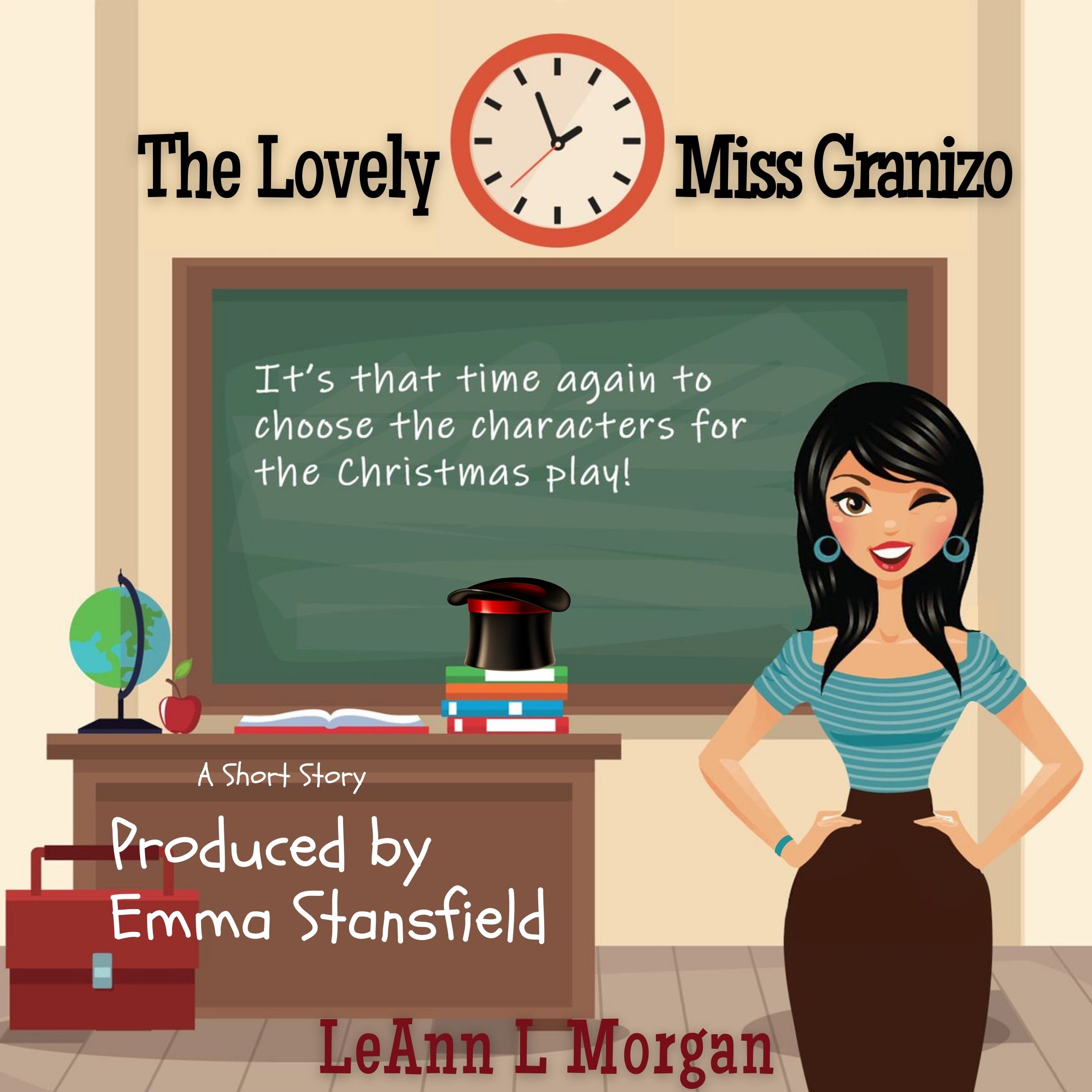 The Lovely Miss Granizo – A Short Story “The Lovely Miss Granizo: A Short Story Audible Audiobook – Unabridged by LeAnn L. Morgan Narrated by Emma Stansfield I received a complimentary copy and am voluntarily leaving a review. Jemima Barlow attended art evening classes at her old primary school. Although no longer a primary school anymore. Those days history. The portraits of the teachers remained on the walls, assuming pride of place as if to still welcome visitors. For Jemima, the portrait of one schoolmistress, Miss Kravitz, was a dreaded ghostly reminder of the past. Poor Jemima didn’t have an easy childhood, in more ways than one, but despite everything, she still held dear the pleasant memories of one special teacher that made all the difference. On entering year 7, Jemima met “ the lovely Miss Granizo “, who held a natural ability to make every child feel unique. Jemima finally felt she had a reason to be at school. Looking back on our childhood, we can recall at least one teacher who awakened the passion for a certain subject. Miss Granizo held that tender place in Jemima’s heart. I thank LeAnn L. Morgan for awakening my memories of a few of my tutors, who I recall with fondness. Emma Stanford produces a wonderful aura to the story by narrating the audio version. She verbally acts out the pages, producing the perfect image of the events as they unfold. She expresses the details that carry us on a poignant journey through Jemima’s childhood experiences, through to a satisfactory conclusion. A cute emotional story, short it may be, but worth the read or listen. I rate The Lovely Miss Granizo 5 out of 5 stars” 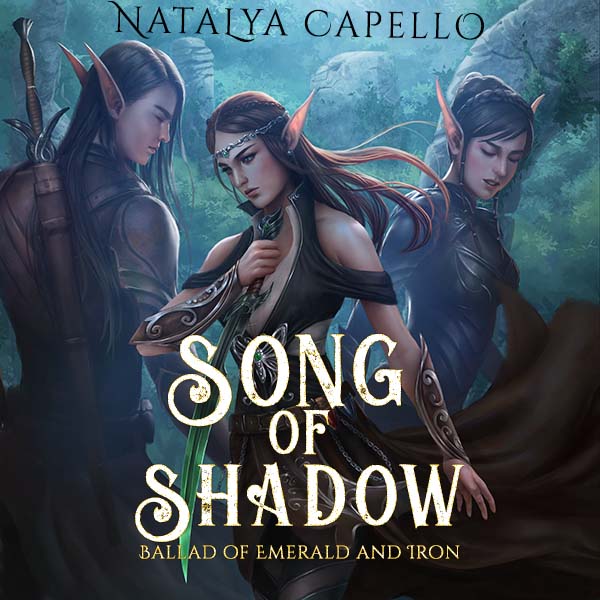 Song of Shadow “Song of Shadow (Ballad of Emerald and Iron #1) by Natalya Capello I received a complimentary copy and am voluntarily leaving a review. The story opens with Lorelei, who we understand is a Sidhe. She can wield magic in a specific way, unintentionally creating a complication at home owing to her magical abilities which results in her being forced to stay with nuns. As a form of punishment, this is in the hope she will change her ways. Suffering from the nightmares of her past lives, she is ultimately rejected by her family, desiring a change for her future, banishing her from their home, leaving her to join the ranks of the sisters. Lorelei desperately wishes to return to her family but when the Apostle of fire requests to speak with her explicitly, awarding her a path out of life in the nunnery, Lorelei realises she has little choice and faces adventure head on. This is the first book in the Ballad of Emerald and Iron series. A fascinating new series full of mystery, intrigue and illusion. Natalya Capello has constructed a compelling book with exceptional personalities, notably Lorelei who becomes a strong protagonist. Full of problematic magical adventures, it keeps the reader guessing as to where it will end. The issue I did identify was the quests encountered became a little too frequent for my taste. I listened to the audiobook version of this narrative which was fantastic but I found that it very quickly became too much to follow. There is so much information included concerning characters, names etc that I felt a little thrown in at the deep end, seeming as if I had missed something. It would surely benefit from a novella if one does not exist already. I have considered reading the printed version to see if I would have a different opinion. The audio version is narrated by Senn Annis, who fully brought Lorelei to life, including most of the other personalities. Unfortunately, I couldn’t get past the block I encountered when I heard the accent of one of them; Wes. Overall the book is a great first book to the series that has so much depth. I would just have liked more of an introductory experience. Thank you to Audibooks Unleashed. I rate Song of Shadow 3 out of 5 stars.” 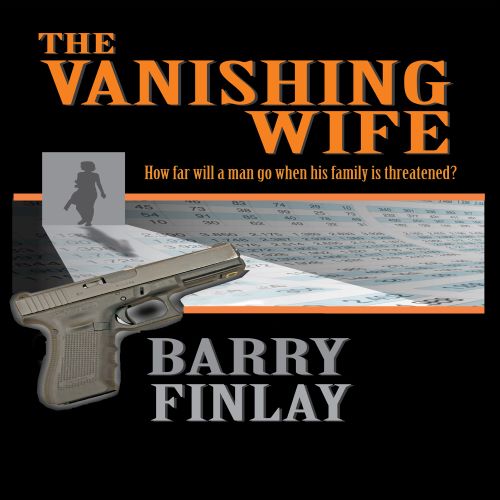 The Vanishing Wife “The Vanishing Wife by Barry Finlay Narrated by Trevor Finlay I received a copy of the book and am voluntarily leaving a review. Mason and Sami Seaforth have the outward appearance of the perfect, happily married couple. Having been married for several year and celebrating yet another joyous wedding anniversary, they couldn't be happier. A successful couple at both work and in the home, their path in life settled before them, simple and content. On the morning after their anniversary celebration, Mason wakes up earlier than ususal to find the other side of the bed vacant and no immediate sign of Sami. Thinking she had gone to grab a drink or maybe stretch her legs, he rises to join her but after several hours pass with still no news of and being totally out of the ordinary, he can't help the rising panic that begins to gather in the pit of his stomach. What follows is a tale of crime and intrigue which I was looking forward to and once started I was not disappointed. Barry Finlay has written a book with a desire for justice and describes shrewdly Mason's primary change from his ignorance at the start through to the end, passing through unfairness, injustice, tyranny and finally justice. Readers will be drawn to the intrigue of solving the puzzle and the securityof seeing justice done in the end. In this well written crime novel there are several victims in one way or another with the protagonist actively trying to solve the crime or enigma, to outmaneuver the antagonist and to expose them as the criminal that they are – the big scene that as a reader we eagerly await. The Vanishing Wife lays this out wonderfully, displaying cunning and brilliance which must be praised. The narrator, Trevor Finlay, is plausible and valuable audibly, presenting the novel in a logical and believable manner, with a compelling tone that reveals believable tension and emotion, grounding the reader with gut reactions and dialogue. I rate The Vanishing Wife 5 out of 5 stars.” 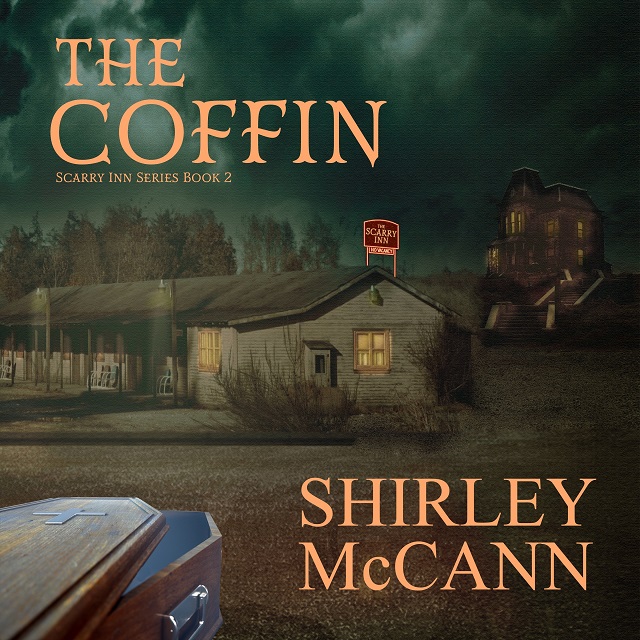 The Coffin, The Scarry Inn Book 2 “The Coffin: The Scarry Inn, Book 2 by Shirley McCann Narrated by Joey Eugene I received a copy from the author and I am voluntarily leaving a review. Six months after the unfortunate deaths occurred at the Scarry Inn, Clyde along with his sister Madge and his brother, Dick, choose to reopen the Inn. Dick is the very unwilling partner in this threesome who would like nothing better than to shut the whole place down after the death of his wife, Thelma who is even buried on the property. He feels it is in bad taste, an exploitation of the tragedy that occurred and will attract a morbid curiosity. Clyde on the other hand is determined to make a go of things. The reopening is only 6 months after the deaths, with a murder mystery weekend of all things and the Inn is fully booked. Complete with coffin beds and skeleton themed shower curtains they really pull out all the stops to create a “ scary “ environment for the guests who consist of a couple of women and a husband, a newspaper reporter and a group of teen girls. When a storm hits, the owners and the guests think it is an added extra giving an air of excitement to the weekend but events get out of control and they get more than they bargained for. This is the second book in The Scarry Inn series and I enjoyed this one more than the first. Maybe it is due to already having completed the first story having an idea about the theme or a feeling for the owners etc, either way the author creates a thrill combining a murder mystery with acutal murders, the perfect whodunnit. I also think the narrator is more expressive in this book, conjuring a spooky mood at the right moments. The setting is well explained and I found myself wondering why anyone would reopen an Inn after such tragedy but as the incidents in the first book were beyond the control of the owners, I also understand the need to fulfil poor Thelma's dream.” 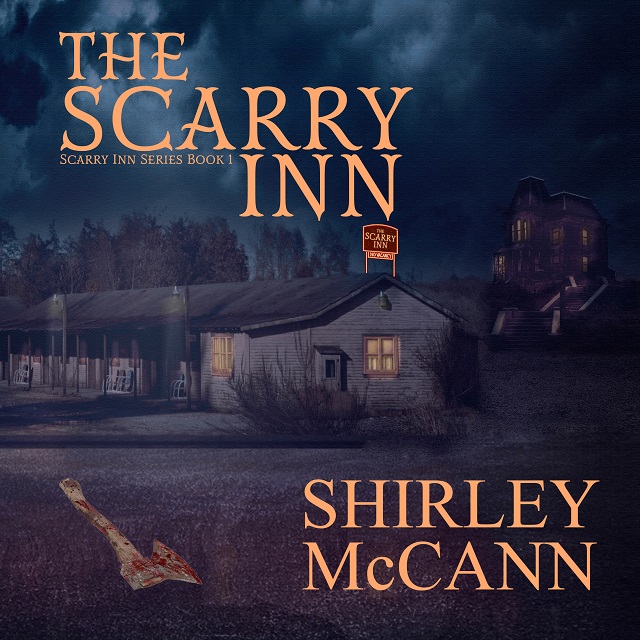 The Scarry Inn “The Scarry Inn By Shirley McCann Narrated by: Joey Eugene I received a copy from the author and I am voluntarily leaving a review. Dick and Thelma Scarry own a motel in Frighton, Arizona ...with names like “ Scarry “ and “ Frighton “ a spooky themed Inn is bound to do well. But the owners seem to be taking things a step too far and what should be just spooky becomes downright terrifying. Heidi and her three friends are travelling to stay with her father and her step-mother. Things have been strained to say the least between her and her dad for a while and as they now have a child she wants to try and bridge the gap between the two of them. Her friends accompany her for the emotional support but also to ease any uncomfortable moments should they arise. As they approach the destination, the weather becomes increasingly worse and their car doesn't seem like it will make it either. Luckily for the group, they make it to the Scarry Inn. None of them are happy about the situation but when Dick and Thelma are less than welcoming, and bodies are discovered, things go from bad to worse. Shirley McCann keeps the tension and suspense throughout the story as we try and solve the mystery as it evolves. The narrator, Joey Eugene, provides a smooth account appropriate to the spirit of the text maintaining the author’s intent which is consistent throughout.” 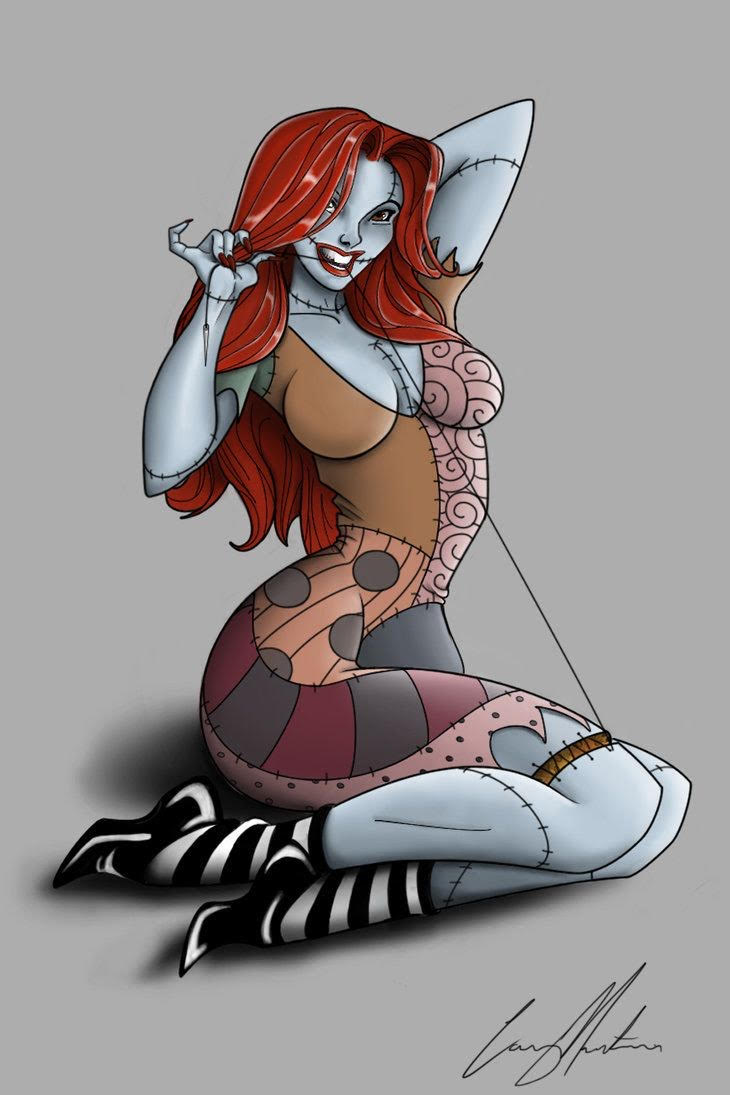