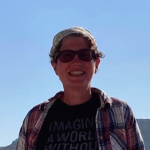 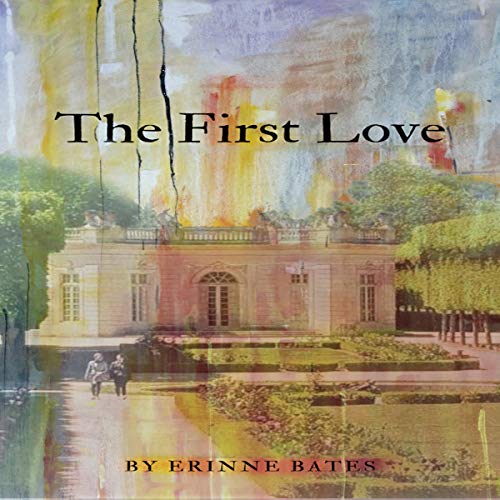 The First Love “When Calli’s mother insists she takes a riding class with twelve-year-old boys, the seventeen-year-old isn’t happy, until she meets the instructor. A former Olympic equestrian athlete from Ireland, Justine steals Calli’s breath. And when she’s looking for a place to stay and Calli’s parents offer her brother’s room, all sorts of dreams come true. Until life interferes and the young women get separated for many years. I didn’t enjoy this book as much as I hoped I would. The narration was pretty good, even with the foreign accents. I’m always rather tough on French accents and Lucy Emerson’s was okay, but do the French really not know about dirty martinis? I had never before heard of vodka with olives. Then again, I don’t drink cocktails… And is going to the Louvre such a big event when you’re staying in Versailles? I mean, yes, the Louvre is wonderful, but why does it sound like Calli wouldn’t have found her way there without Justine? Didn’t anyone tell her about the RER? I know these remarks aren’t very important and they probably wouldn’t have stuck with me if I had been carried away by the story. I felt the book stayed on the surface of things for more than half of it. I never really connected with the characters and didn’t find them very likeable. At first, I was surprised by both young women’s immaturity (Justine is twenty-one at the beginning, so not a teenager anymore, a young woman with a job, far from home). I quite liked the chemistry between them, and that’s something that stayed until the end. Far from being a sweet romance about two young women and their first love, this novel is really about Calli’s journey to get over this very powerful first love. Most reviews are very positive so it’s probably just that this book isn’t for me. The First Love is a debut novel, and as such, it’s promising.” 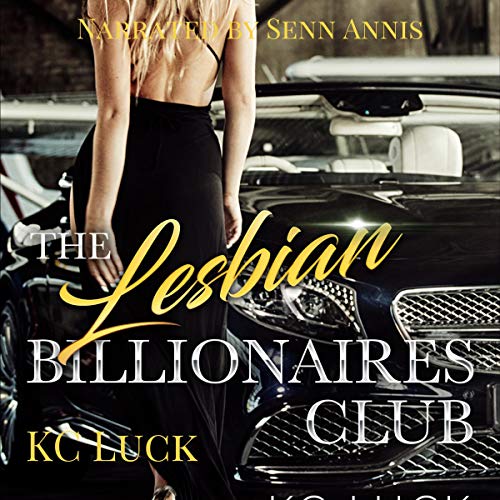 The Lesbian Billionaires Club “K.C. Luck is one of a few authors I followed on social media before reading any of their books. A comment here and there caught my attention, something in the way they express themselves made me want to know more. So this is my first book by Luck. Also, I’ve been thinking recently that I need to vary the way I write about books I think are “fun”, and the good news is, the word that kept coming to mind for this one was “vivacious”. So, fun and vivacious it is. Madison (not her real name) is a media tycoon, whose reputation as a lesbian Romeo is embarrassing the other members of the lesbian billionaires secret club she belongs to. They ask her to stay out of the media (it sounds a lot like going back in the closet) and settle down with a nice woman or get out of the club. At first angered, Madison decides to give the settling-down idea a go when she meets Claire, a supposedly straight and utterly gorgeous waitress. I don’t usually go for arrogant characters but I kinda liked it in Madison. She’s got so much money and power she could be completely blasé, but the possibility of losing the club makes her vulnerable, as does the fact that most women are only interested in her for her wealth and status. She’s so resigned to this that Claire’s sincerity takes her by surprise, and that’s something I liked about her. The only way to enjoy this story is to suspend disbelief, there’s not much that sounds plausible (or maybe it is, I don’t know that many lesbian billionaires), but it doesn’t really matter. There are a lot of extremely sexy scenes and some unexpectedly grimy crime action. This would probably be a 3* novel if I had read it, but the narration is excellent, so 3* for the book, 5* for the narration and an overall total of 4*. And since this is the first book in a series and the ending is open, I’m looking forward to listening to book 2, The Lesbian Billionaires Seduction, as soon as it is in audio.” 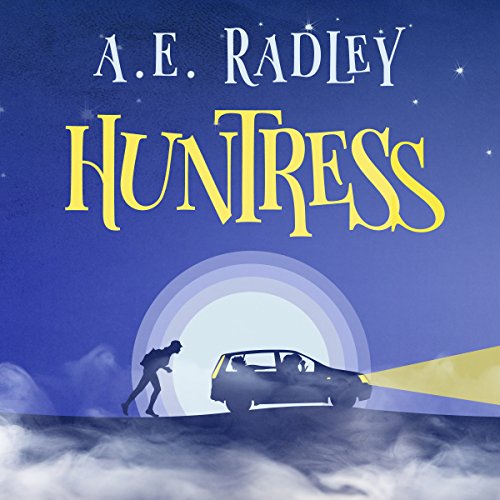 Huntress “Due to a series of bad decisions and mistrust of police, Amy and her best friend Kerry find themselves on the run. Amy is a brilliant twenty-five-year-old woman who is so scared of failure that she never quit her student job at a motorway service station. She’s also very naive and trusting in a rather adorable way. When the customer she has a huge crush on, Cara, disappears, she tries to get the police involved, in vain. She decides to investigate on her own and finds out the woman left a flash drive stuck under one of the tables every morning and a man would come later in the day and retrieve it. Until a few days ago when Cara left the memory stick under another table, which the man didn’t find. Amy gets the flash drives, opens it and bam! The scary man and the MI5 are suddenly looking for her and Kerry, who helped her get away. A former MI5 operative, Claudia McAllister is now a freelancer. Yet she’s the best huntress, so her former boss hires her to find the two fugitives, who are considered dangerous terrorists. This story reminded me of the Australian TV series Wanted in some ways. It’s a comedy of sorts, with a hint of romance, and it was quite enjoyable. I liked Rebecca McKernan’s accents a whole lot, that’s probably what I liked best. That, and the friendship between the MCs.” 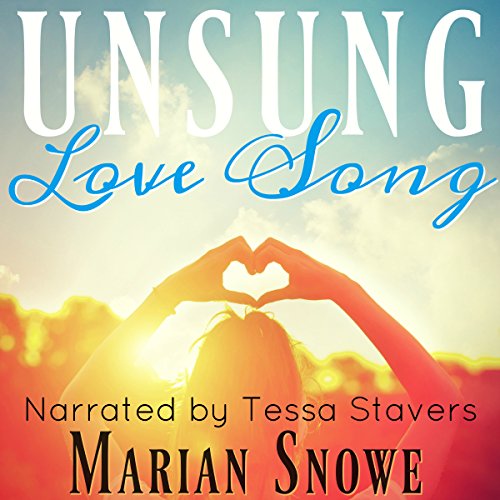 Unsung Love Song “Some treasure hunts are more personal than others. As a child, Celia lost her sister to cancer. As she watched her teenage sister suffer, she made herself a promise: she would, one day, find the “balm of all”, a legendary plant that can cure anything. Decades later, she moves from Michigan to Florida, into the house her grandmother left her, and decides to get back to her quest for the mythical plant. As an adult and a botanist, she no longer believes it can cure all ailments, but as a scientist, she nevertheless is very interested in discovering and documenting a rare flower. She meets Gem who seems as careless and free as Celia is quiet and dedicated. Gem knows all about the area and, as sparks fly between the two, they explore islands and beaches. It’s a very sweet story, my first narrated by Tessa Stavers. I liked the narration a lot, once I got used to the new voice. I thought the “villain”, Drake, was a bit too much, but I really liked Gem’s great-aunt Agnes, as well as Celia and Gem.” 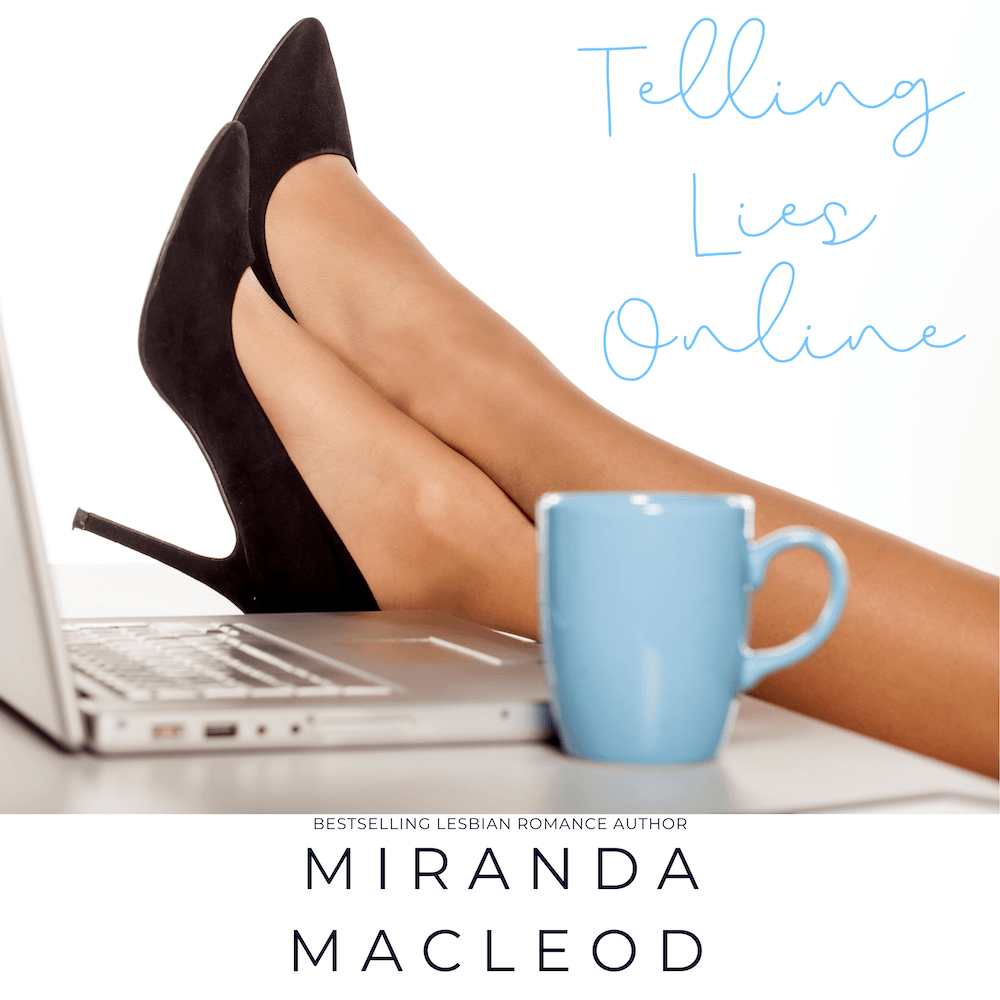 Telling Lies Online “I have to say, I really enjoyed this story, despite finding the characters utterly annoying at times, which I think is a testament to the author’s talent and the narrator’s too. Telling Lies Online is the story of a train wreck, you know it’s going to happen but you can’t help watching and you can’t prevent it. It’s unnerving and irritating. And yet, it’s very sweet too, go figure… So, what’s the story? A technical glitch leads to a series of bad decisions. Jay and Claire have been online dating for a while, and both think they might have found The One. Only problem is, a bug changed Jay’s profile into a man’s. Claire is straight, or so she believes. In a totally unrealistic move, she decides to leave Portland (in Oregon) for Boston (on the other side of the country), where Jay lives. When she gets there, instead of telling her there was a bug on the dating website and she’s really a woman, Jay becomes Jamie and introduces herself as Jay’s colleague. She then uses everything she’s learnt about Claire during their months of chatting to woo her. I spent the whole book wanting to shake Jamie for missing so many opportunities to end her lies and Claire for being so gullible. The most interesting thing about this novel, I think, it’s that it’s Miranda MacLeod‘s debut, and that she wrote it as part of NaNoWriMo. As she explains on her website, she wrote in a little over a month, it in not the best conditions (that’s part of the fun). I’ve read a couple of the books she wrote since and liked them a lot, which I find very encouraging for would-be authors.” 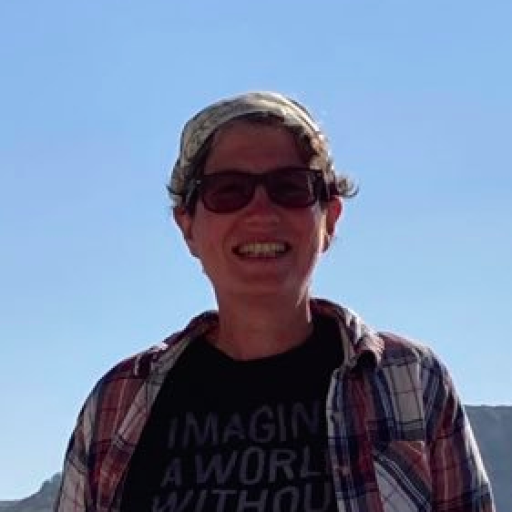