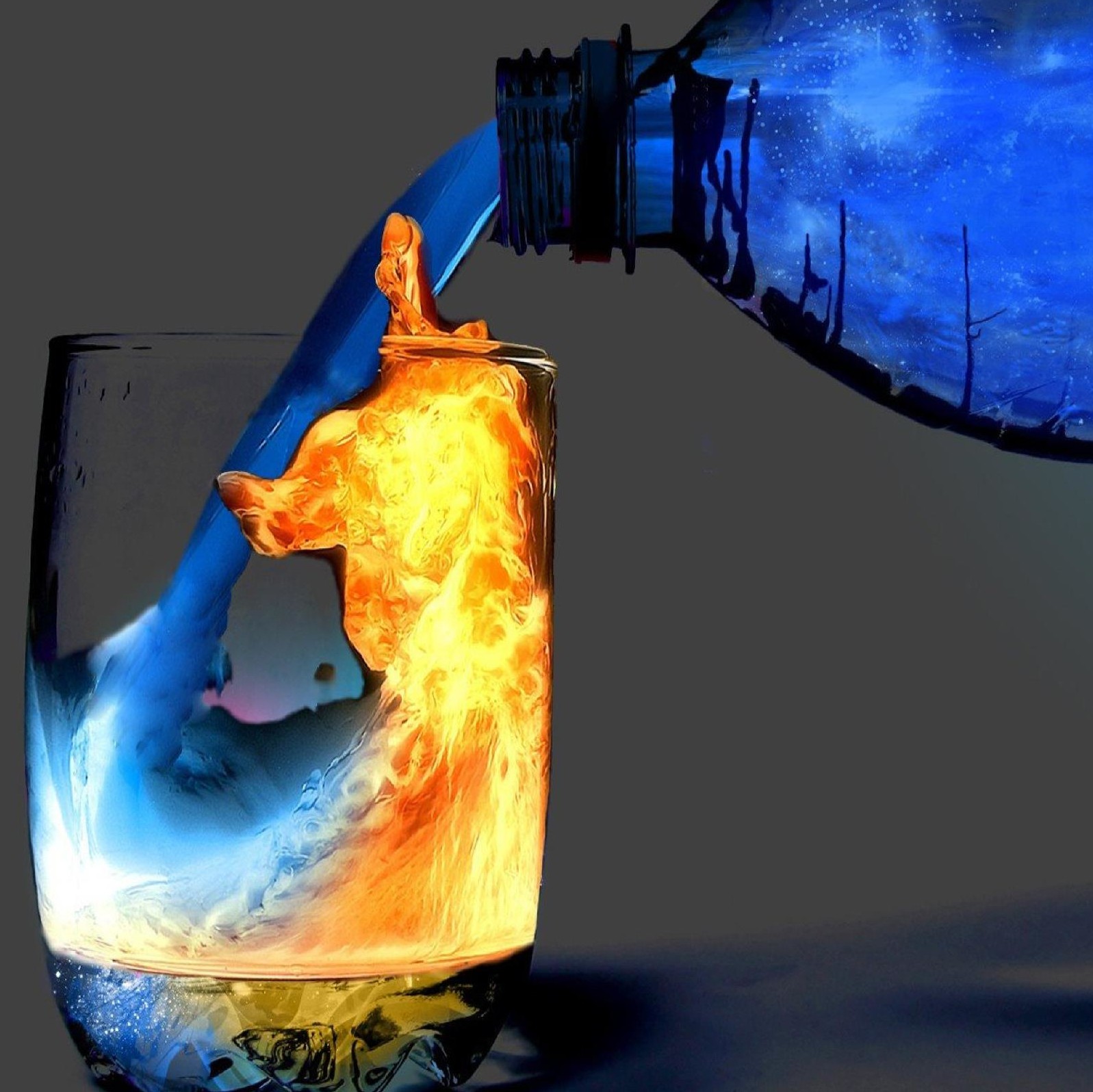 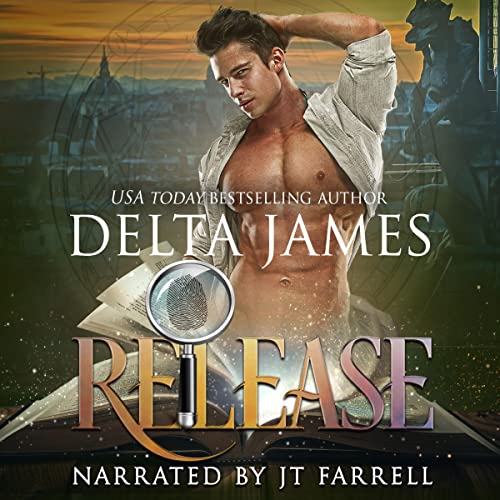 Release “When the narration started, I was not sure how much I would enjoy this audiobook. At first the narrator sounded like an old man, and not anyone's strong virile Alpha Dom. As I continued to listen, the narration got much much better, and I ended up being fully engaged in the story. This was an unexpected pleasure that was over much too soon. Holden and Maisie fit so well together. I really liked both of their characters. I appreciated Maisie's initial reaction to both of Holden's secrets. They were closer to being realistic. I suppose because she wasn't as closely involved with the original group at the Savoy. This book was kind of bittersweet as I knew it was the end of the series. I voluntarily read and reviewed the Advanced Reader Copy of this book received via Audiobooks Unleashed.” 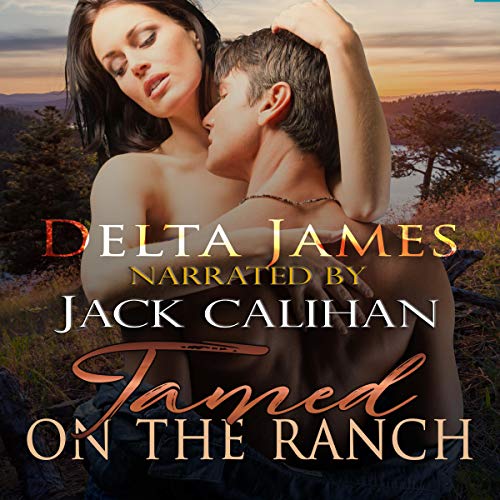 Tamed On The Ranch “Jack Calihan did a good job with the narration. I feel like any time a narrator can voice the character of the opposite sex and I can forget it is one person doing the narration, he/she has done well. As far as the French Canadian accent goes, I'm have not heard one frequently enough to be either complimentary or critical. I have read the ebook of this story before, so I will post my review of the story below. The beginning of the book, laying out Luc's past and how he ended up on Cross Creek ranch was interesting. I was surprised that Melody submitted to Luc's dominance so quickly after what she went through with Jason. Maybe because she became fast friends with Sierra, it was easier for her to trust Luc. After being on the ranch for a while, with Ryder, Sierra, and Luc all wondering what Melody was hiding, I was surprised when she revealed her secret. I honestly thought it was going to be something a bit more relevant. You do get romance, witty banter, friendship, support, loyalty, and a HEA. If a ton of descriptive sex, spanking, dominance, or submission offend you, then this is not the book for you. I voluntarily listened to and reviewed this book.” 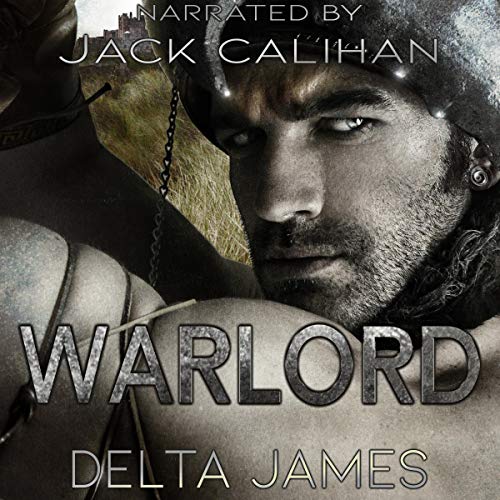 Warlord “I listened to the audio book of this story. I thought that the narration was well done. I also think the narration served to intensify the conflict, the battles, the sexual tension, and the spankings. I voluntarily listened to and reviewed the Audiobook received from the author. ******READ - 05 August 19****** This book is almost a continuation of the Wayward Mates series, but in the future. The twist in the book is that the future is more of a return to the past. Once again, we get a strong, intelligent, independent, alpha female wolf in Rowan. Alaric, the warlord, is the dominant alpha who is determined to have his fated mate submit to him. Alaric and Rowan have off the charts chemistry in their matching of wits, their designing battle plans, and their sexual tension. The shifter part of the book didn't take a backseat, but the action of defending Calon Onest was strongly at the forefront. Another book that was hard to put down. Actually, I didn't, I just read until the wee hours of the morning until I finished the book. I am so hoping that Gareth, Tristan, Sloan, and Arielle, to name a few, get their own books. If spanking and intense sex scenes offend you, I would suggest you take a pass on this book. I voluntarily read and reviewed the Advanced Reader Copy received from the author.” 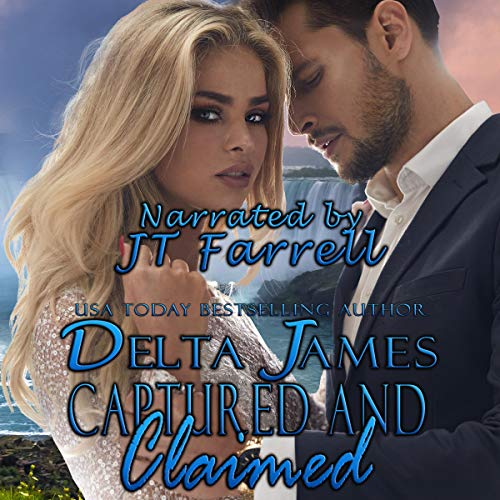 Captured and Claimed “I listened to the audiobook. The narration was ok, but I think it would have been better had their been a dual or duet narration with a woman narrating strong, fiesty Shea's dialogue. Is this really the last book in the Wayward Mates series? I will miss looking forward to the next installment. I couldn't imagine Shea ever coming around to being turned, much less believing and accepting she was James' fated mate. I loved the women's strength, intelligence, and loyalty, and bravery. Also how their mates doted on them, felt protective, but ultimately acknowledged their skills and intelligence. One very positive thing about James and Shea is that they liked each other. Shea grew to trust James and he gave her the time to do so. This book had some really creepy players in it and I appreciated that they were handled. A book was full of action, intrigue, romance, and it had a number of funny moments. A very enjoyable read. I voluntarily listened to and reviewed this audiobook.” 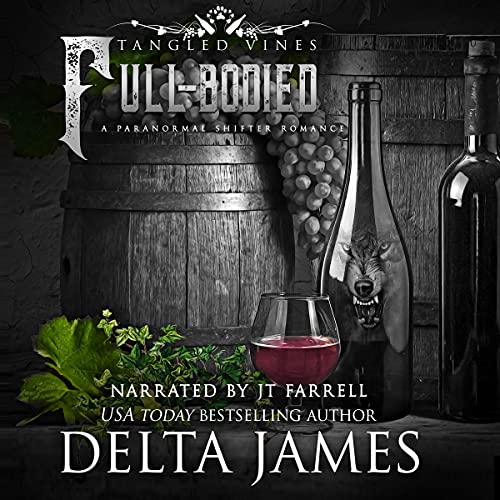 Full-bodied “Good story, but narration didn't fit. Audio Review: This review is addressing the audio version, this narrator is not for me. I hate to sound negative, because I am sure some people may love the voice. This is absolutely not what I expected to hear from an Alpha Wolf. The narrator comes across more as a crotchety old man to me. When I hear him speak, I never get a picture of a strong, virile Alpha male. The voice doesn't fit for me for this book. Ebook Review: Definitely a 4 star read for me. If it had been longer, or had an epilogue, I would have kicked it up to 5 stars. Jameson and Whitney's story had a bit of a different feel to me from the previous books in the series. The struggle was not about being claimed or dominated as much as it was about Whitney being a bit insecure. I did appreciate the fine line that was walked between Whitney's insecurity in certain aspects, but her strength and confidence in other things. Whitney was very much like the other strong, intelligent women in this series. Jameson was completely dominant, and quite a bit more manipulative than some of the other alphas. There was danger, action, and some suspense as the Hunters reared their ugly heads again. I was really expecting more to happen before the book ended. I admit that I was more than a little disappointed. But, it was still a very quick, entertaining read.” 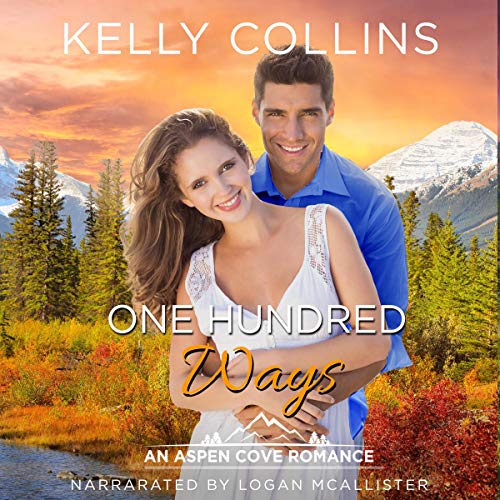 One Hundred Ways “I enjoy the Aspen Cove series. This audiobook was ok, but not one of my favorites. Riley was much too forgiving, and it was obvious from the very beginning who was causing her all of her problems. I liked that Luke had Riley's back although he did have issues communicating. Luke managed a number of times to speak before he thought. When Riley finally called her stepmother, I was shocked at her reaction. There is such a thing as forgiveness, but Riley was ridiculously kind. Another sweet, small town a Aspen Cove romance.” 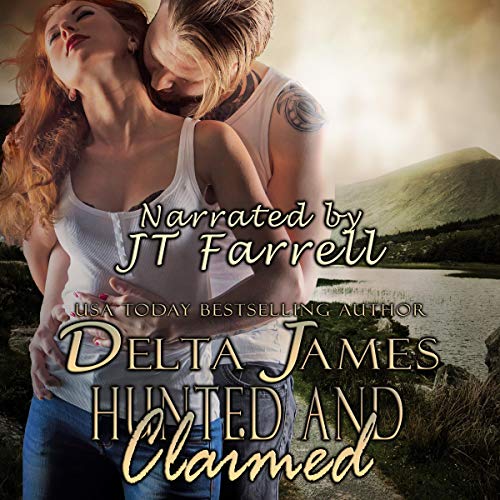 Hunted and Claimed “***Update 07 Feb 21*** I listened to the audiobook and thought the narration was good. Although I felt the plight of the women Riley was trying to save, it seemed like it hit stronger in the audio version. Also, the intimacy between Cam and Riley seemed stronger. 4.5 stars So, we have a "kinda, sorta" cliffhanger. I don't know if it has been a while since I read one of the Wayward Mates books, or if it really seemed as though Riley fought longer and harder against being claimed then anyone else. Cam and Riley have this intense chemistry. There is plenty of snark, anger, love, and humor. There is love and loyalty to the pack. There are a ton of pig headed, over protective dominant men. There are also submission, spanking, and detailed sexual scenes. If any of this offends you, pass on this book. As much as this book was about Cam and Riley being fated mates, it had more content about saving women taken against their will, from the rogue packs. With each book, you get more information about the Coalition's fight. You also get more info regarding how the women of the Coalition are tough, strong, brave, smart, and independent. How they bring their many talents to their individual packs, and to the Coalition as a whole. After many starts, stops, and chases, Riley and Cameron do get their HEA. The ladies of the Coalition are moving to action. We just have to wait until the next book to see how the plan and subsequent action takes place. So, bottom line: Cam and Riley - Standalone. The Coalition's continued activity to dismantle the rogue wolves trafficking - Continuation or Cliffhanger. Your choice.” 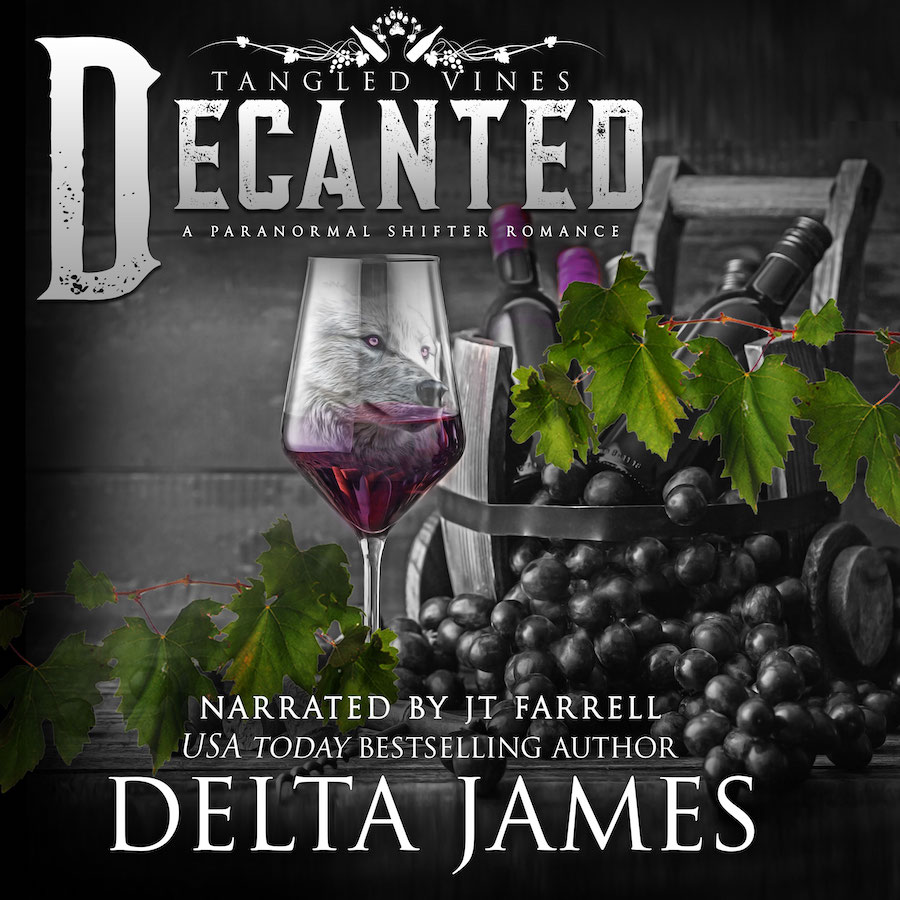 Decanted “I am amazed at the way Delta James can take a character who was so unlikable, and obnoxious in one book and turn her into someone you cheer for in another book. Shasta was that character. Even when I started reading, I could not imagine how that irritating little twit could become anything else. Yet, she changed. I liked Hudson, but it felt like his character took a back seat to Shasta's. Hudson was Alpha, dominate, and a Dom, but Shasta seemed to be the star of the book. I was surprised that as cunning as Shasta was, she didn't seem to take any real precautions in regard to the Hunters. I would have thought she would be wary of almost anyone who was not pack. It was nice revisiting Jean Michel and Darby. I enjoy the witty banter and lighthearted interaction of the couples when they get together. This was a fast paced, action packed book. I only wish it had been longer. The narration was ok the male parts much better than the female characters. It would be Interesting to see the difference if there waa a male and female narrator.” 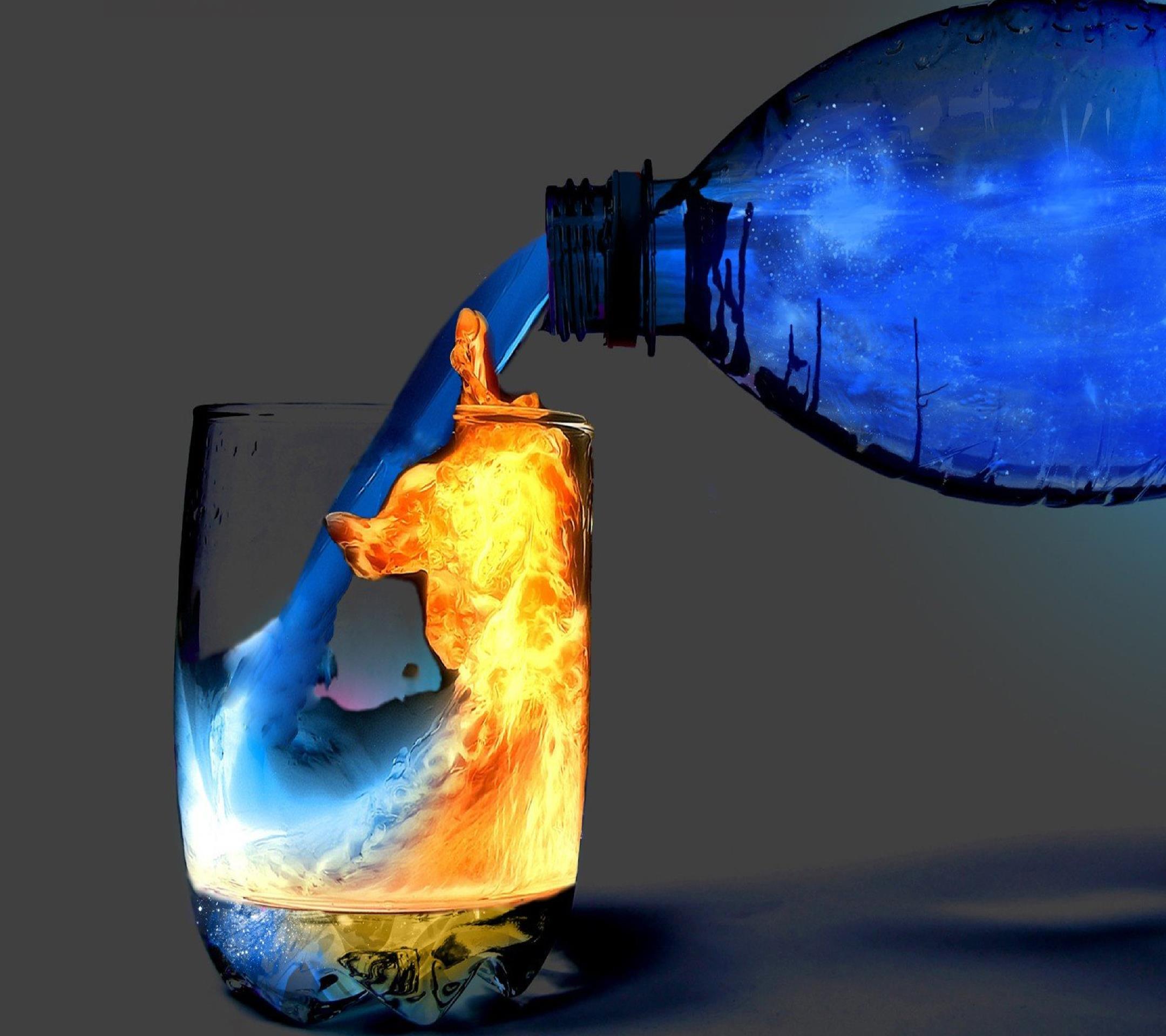