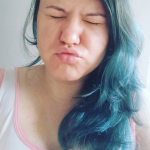 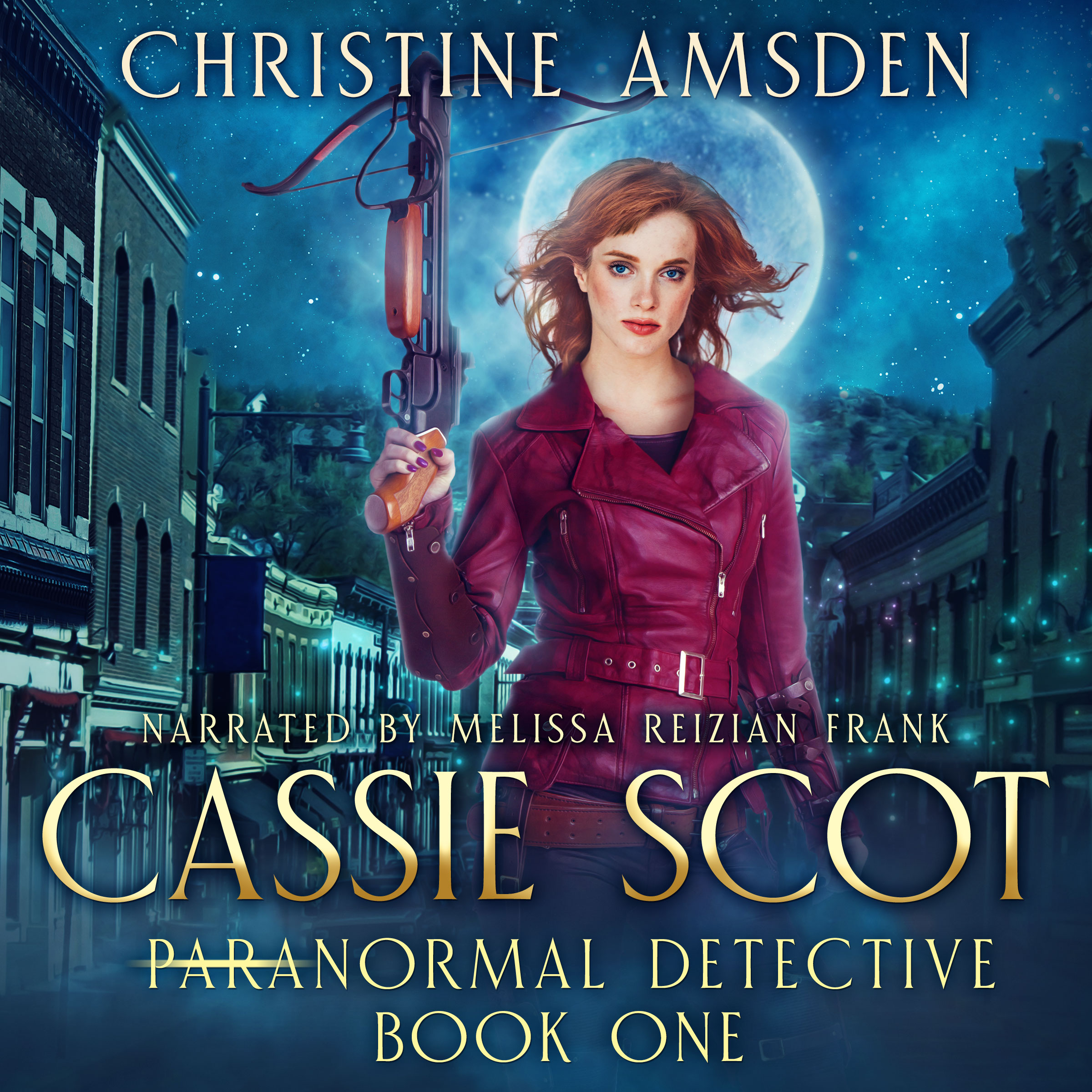 Cassie Scot: ParaNormal Detective “I have no words to describe how much I like this! Cassie is such a good character, even though she is young and a bit naïve, she didn't came across as weak. It took me a bit of an effort to realize she was a PI who worked with the police and yet still live with her parents, not that there is anything wrong with it, it's just that it seemed she was an adult outside her parents house and a teenager when they were around, it was weird. But besides that, the story runs smoothly, the worldbuilding is amazing, the characters likable and I was never bored. Melissa Reizian Frank was the best choice for this story, in my opinion. Her voice is mature for the Cassie's age, but I think that made her look older and wiser.” 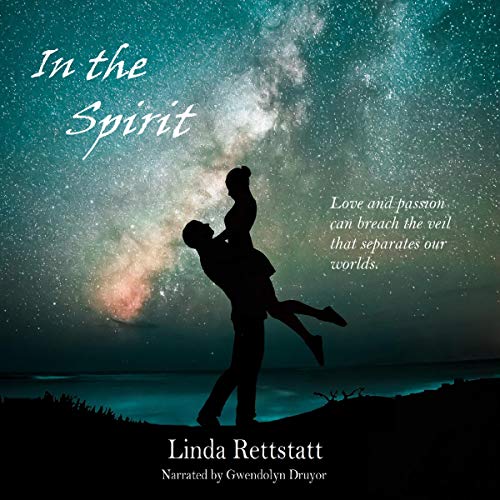 In the Spirit “This was such a great surprise, It was quite different from what I normally read. The romance is slowly and cute, the mystery is not that creepy and not much of a mystery, but the way the story was told was really smooth, I never got bored. Since this is a sweet romance (a.k.a no steamy scenes), the plot is heavy, with substance. And it's a nice refresh from the insta-atraction/love/lust that I'm used to it. I though I wound's like because hey, I love smexy times! But no, I enjoy it a lot. The characters have depth and are likable. I would love a HEA and not the HFN we got, but overall I love it. I like this narrator a lot. I could differentiate all the characters, her pace is good and her acting believable.” 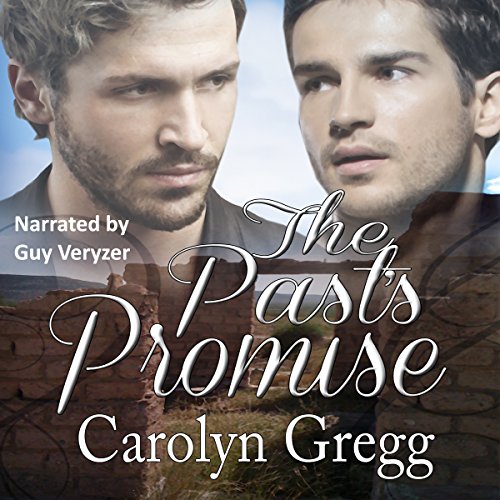 The Past’s Promise “I didn't know it would be such a heartbreaking story when I request this audiobook, but I won't hold it against the book, it was my fault. So, this is a story about a woman who come back in time to a barbaric era, homofobia, lashes, war and everything that time has to offer. And there is two explicit scenes of torture where they receive 50 lashes for committing sodomy. It was harsh to hear, but it gave weight to the story. As far for the romance, it was pretty fast. The book could have been a little bit longer so the insta-love wound't be to obvious, but it was cute and nice anyway. Their sex encounter... Was so underwhelming. One of the many reasons I tend not to read MF books because I find the sex boring, and that's exacly what happen here. The sex between to men was treated like it was between a man and a woman. They use water (!) for lub, there is no preparation, he just stick his meat into Jess and Jess didn't even felt pain, only bliss. Oh, it was Jess first time. I'm not gonna spoiled the ending, but it was bittersweet at least. This is the first time I listened to this narrator. His voice was suiting and calming, but I find he could use more pauses between the words, specially in the transitions between on scene and the other. He did a good job with making different voices for the MCs when it was a woman and a man, when Jess spoke in her mal body, I didn't find difference between her and Martin. Overall, I like it and I would definitely hear more from him.” 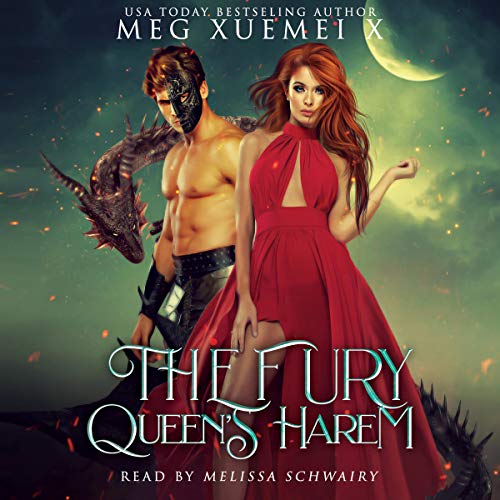 The Fury Queen’s Harem “This wasn't the best RH I ever listened but also it wasn't the worst. The story was the coolest of all, but it was poorly executed. I think the written didn't appeal much to me, it was simplistic and "innocent" even though it's definitely erotica. The s*x scenes wasn't that steamy and erotic, I actually skimmed most of it. The three Male Lead was... Well kinda pathetic, but it made me want to protect them and like them, even though they weren't very bright. The narration was good. I'm not a fan of female narrators since I came from MM books, but Melissa did a good job with the pacing and different voices. It didn't distract me from the story and I enjoyed.” 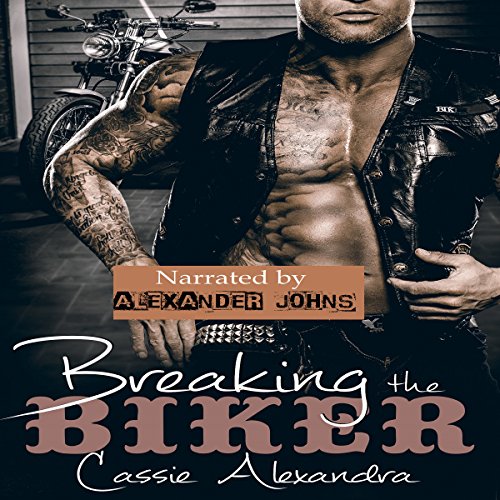 Breaking the Biker “3.5 stars I like this well enough. I was glued to the story until about 70%, then it got a little weird. This is insta-love, but it isn't. This is slow-burn, but it isn't. I don't know exactly how to explain, but it doesn't feel like insta-love, or insta-lust. They are not drawn to each other from the first moment they see each other, and they kinda dislike each other for while. BUT. But Tank forgave Raina pretty quickly and her sins are not minor. She did unspeakable things and got away with everything without a scratch. That rub me the wrong way. And the last chapters were from a couple I didn't know since I didn't read the other books, so I didn't care for them and just skimmed a few chapters. The narration was pretty solid, I like the narrator a lot. His voice is gruff and deep, his pacing and pauses is spot on. He didn't do a great job of differentiating the voices though, my only complaint. I received this audiobook in exchange for an honest review.” 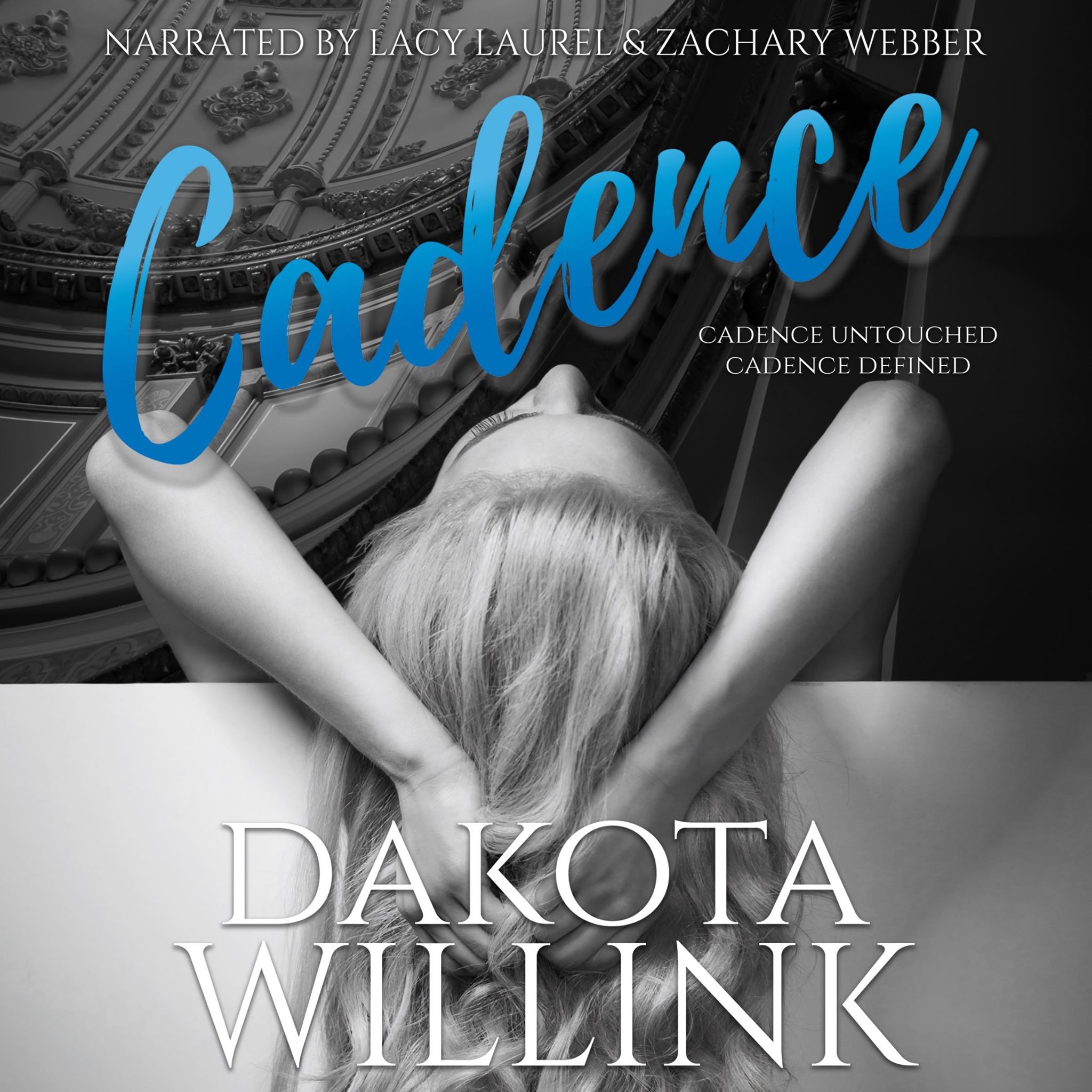 The Cadence Duet (Cadence Untouched and Cadence Defined) “I don't usually read YA, but this blurb caught my attention. I rolled my eyes a few times because both MCs were really immature, but I have to judge the book by it's premise and for an YA, it was very very good. I liked the chemistry they had, the push and pull and they were so sweet together, opposites in every way. It was a inspiring and beautiful listen. I love Zachary Webber so it's no news that I love his narration. Lacy Laurel did a great job too, I'm not keen of female narrators because they always sound whining, but her voice is pleasant and her pace is good.” 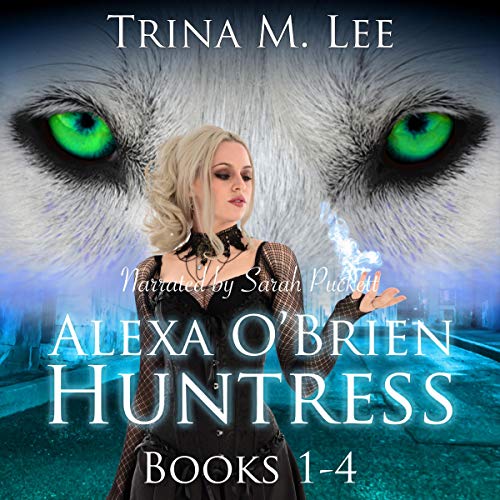 Alexa O’Brien Huntress Series Books 1-4 Box Set “I gotta say, this is one of the best world buildings I have ever saw. It's very well explained, interesting and not just info dump. I find that very difficult to achieve, so kudos to the author. Now, the romance aspect really lower the rating here. I didn't like the drama or the love triangles, nor the push and pulls. It was annoying to say the least. Good thing all the other aspects was so amazing that made me want to continue listening! I don't even need to say the narration was spotless. Sarah Pucket is a great voice actor, you can feel the MCs emotions, their grief and their joy through her voice. I'm keen of female narrator when listening romances, but I love her voice and her narration that I pick up audiobooks solely because she narrated.” 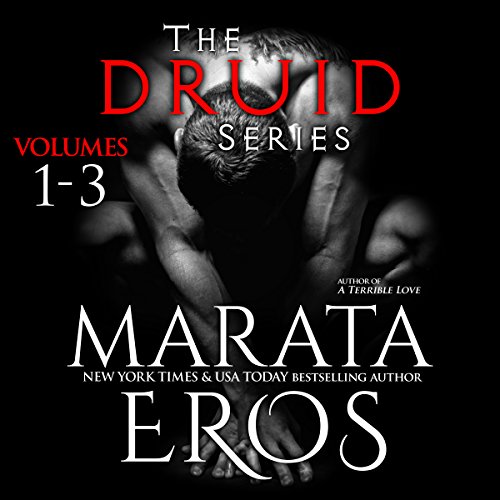 The Druid Series, Volumes 1-3 Reapers, Bled and Harvest “listen book 1 and 2 and couldn't go any further. The story itself had potential, a world where vampires lurks in the shadows, manipulating humans and can only reproduce with druid blooded women, sounds good right? But the execution was really poor, this is more a erotic novel than a romance. Everyone wants to f*ck Rachel, EVERYONE. She is like a walking v*gina for vampires. So we have almost no story, just she running from one bad vampire to another and desperate to be f*ck by them because it's in her DNA. Maybe the story will become better, but it didn't hold me enough to continue. Specially because the narration was quite bad. Some pauses in the wrong places, the quality of the audio was not good, her voice was a little monotone. She does different voices for each characters, but they weren't very pleasant, unfortunately.” 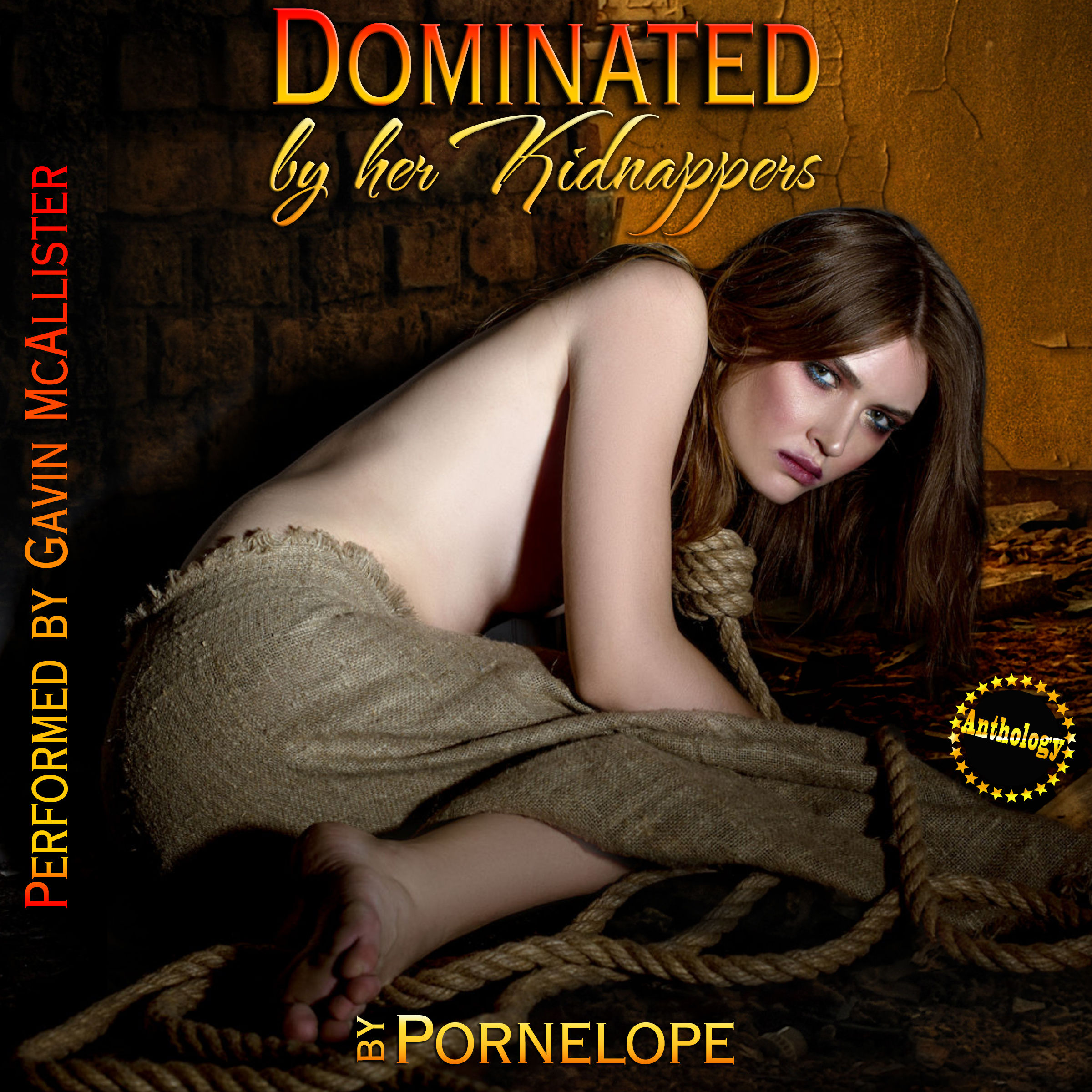 Dominated By Her Kidnappers “I struggle to finished this, but I think it's me not the book. the writing didn't appeal to me, too much poetry. All the girls were drugged and compliant, there is not a single struggle in this short stories, they were virgins who drank aphrodisiac and turned into some sex goddess (yeah, they didn't know they were saying "cum" and not "come" but still suck a cock like a pro). Qll the girls are given the most pleasure of their life and wanted more. No struggle, no sense of wrongness, nothing. I like my kidnappings stories a little bit more rough and close to reality. The narrator is new to me. His voice is suiting, sexy e deep. He could differentiate the characters easy enough, the pace was perfect and I could understand everything he says (not english native).” 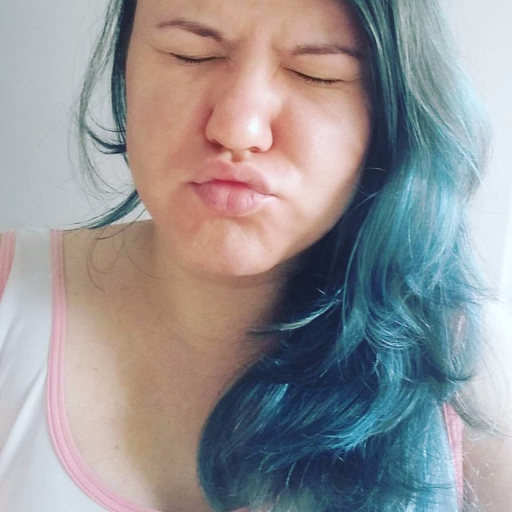